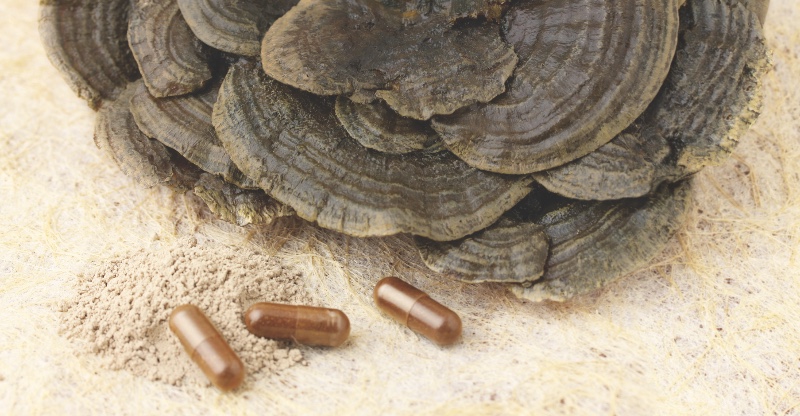 Yun zhi (云芝), Coriolus Versicolor or Trametes Versicolor, is one of the world's most common tree fungi. It grows in every climate zone throughout the year in the form of so-called consoles, that is, it forms semicircular to fan-shaped fruiting bodies. It grows on large wounds of living trees, and especially on dead wood. Its German name, butterfly bouquet, describes its pretty exterior. Various brown tones alternate in ring shapes with olive-green, white, and bluish to reddish tones.

In China and Japan, yun zhi is traditionally used to strengthen transformation and transport functions, transform dampness and phlegm, and clear and drain heat. It is sweet in taste and neutral in temperature.

On the scientific side, yun zhi has drawn attention due to the large amount of the polysaccharides PSK and PSP it contains.

Yun zhi is classified as a medicine in contrast to the other vitality mushrooms. It is available as powder as a single remedy or for individual prescription in medicinal mushroom and TCM granule formulations.